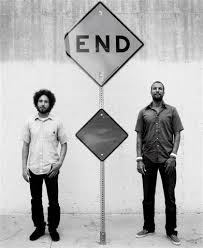 One Day as a Lion
Aaron Hartzler

Here, there is a Greater Force at work.

The Greater Force sits behind his large wooden desk in a spacious office high above…well, all of the cities, if you want to get technical. Today, The Greater Force is smiling. He is smiling because it is “Just by Chance Friday.” You see, every third Friday The Greater Force spends the afternoon making, or letting decisions be made purely on chance. Since all else is so carefully crafted with loving detail—and a little deceit and trickery—this is The Greater Force’s chance to sit back and let 'em fly!

On the other side of the desk sits The Greater Force’s A.A., or Administrative Assistant. He is also smiling because “Just by Chance Friday” is the only day he really gets to be involved in much decision, or not decision making. The Greater Force doesn’t really need an A.A.; he just saw it on TV and thought he should have one too.

For this edition of “Just by Chance Friday,” The Greater Force has decided to assemble a band. He will use several pairs of dice, custom made for this one of a kind act. One die will be stamped with the names of six instruments, including vocals, and will be rolled first. Then one of six other die with six accomplished and marketable musicians will be rolled. Confused? Well so was the A.A.

“Just roll the instrument dice,” The Greater Force asked after trying to explain the process with several techniques he learned at a recent communications workshop, “and I promise it will make sense.”

The A.A. rolled the instrument die and ‘Vocals’ was the first position to be filled.

“Now roll this die that is stamped with the names of six accomplished and marketable lead vocalists and we will have our lead singer.”

“Oh, is that it?” said the A.A., “Next time you should just start with a demonstration. I’m more of a visual learner.”

The A.A. rolled the ‘Vocals’ die and the name Zach de la Rocha appeared. The A.A., so overcome with the excitement of his first real contribution to modern music, broke into a rendition of the old Mexican standard “La cucaracha” but with Zach de la Rocha’s name instead of La cucaracha.

The Greater Force laughed at his A.A. The rumblings of his laugh were reportedly felt as far down as the 75th floor.

The Greater Force then asked his A.A. to roll the instrument die again. He did and ‘Drums’ would be the next position to fill. While The Greater Force sat up to his desk and did a drum roll with his hands—an act that both of them found extremely amusing—the A.A. rolled the die stamped with accomplished and marketable drummers. The name Jon Theodore appeared before them. The A.A. had no idea who Jon Theodore was but the name seemed to affect The Greater Force. He sat back in his leather bound chair and thought. The A.A. could tell The Greater Force was bothered by something, but didn’t want the fun to end so he picked up the instrument die and prepared to roll it.

As he sat there this is what he was thinking. “The idea of just these two playing together is great. No one will see it coming, and just the thought will no doubt make many cringe in anticipation. But is it right? Is the world ready for the hip-hop-rock duo?”

And so it was.


The recently released EP from super-duo One Day as a Lion explodes with angry lip work by Zach de la Rocha and heavy beats courtesy of Jon Theodore. This album is about as far from over-produced as possible which preserves the raw anger associated with all things Zach de la Rocha. There are a few tracks that could benefit from a nice meaty bass line, such as “Wild International”, and a few that work nicely with a couple keyboard tracks and drums. The most successful track here is undoubtedly the title track. A simple keyboard loop with sparse bass like key-work dominates the tune. Brought together with a solid beat by Theodore and you have recipe that really works for this duo. Although all of these songs could feasibly appear on a Rage Against the Machine album, the unique buzz-drone keyboard work and singing from Zach de la Rocha gives this collection its own identity. While Jon Theodore’s drumming does the music justice, his signature sound is heard only briefly in “Last Letter.” Listeners coming to hear the fanatic chaos Theodore brought to The Mars Volta may be disappointed but should remain patient. Hopefully this EP is only the beginning and an LP and live dates are in the works.

On the whole, it seems One Day as a Lion may be more about the messages found in de la Rocha’s lyrics than the music. From religion, war and peace, socio-economics and politics, all of de la Rocha’s usual themes are present. Without distractions such as virtuoso guitar playing, de la Rocha’s punishingly honest and relevant lyrics are impossible to ignore. You get the idea de la Rocha cares little about industry standards or perceived success, and is using this group’s hype simply as a means to say what he feels is important. 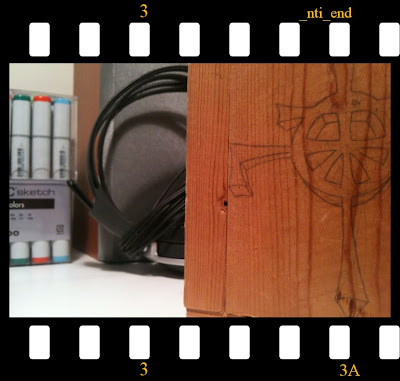